A queer Latina, Dessert is an attorney and executive with nearly 20 years in non-profit and social justice leadership. Dessert was previously the executive director of Immigration Equality, a national organization focused on LGBTQ immigrant rights.

She worked closely with the Obama Administration, as well as local, state and national organizations working at the intersection of the rights of the LGBTQ and immigrant communities.

During her first year as CEO, Dessert led The Center through a phenomenal growth phase. Under her leadership, The Center increased its budget from $6M to $10.2M annually, and service visits to more than 80,000 annually. Along with The Center’s team and Board of Directors, in 2019 The Center engaged in an in-depth community-driven strategic planning process with the participation of over 2,000 community members.

Dessert led The Center in expanding its housing services to a full range housing continuum that includes the first shelter in San Diego County for LGBTQ youth, additional permanent supportive housing and prevention programs, and ongoing services and advocacy for LGBTQ community members who are at risk of experiencing homelessness. The Center also embarked on its first-ever cross-border immigration campaign which provided life-sustaining humanitarian relief to LGBTQ and HIV-positive asylum seekers and their families at the border; opened the South Bay Youth Center; started The Center’s Training Institute and Black Services Program; and stood with our transgender and nonbinary community fighting back against the relentless attacks from the Trump Administration with undaunted courage and inspirational authenticity.

She has deep roots in the San Diego area. A native of El Centro, she previously was The Center’s Policy and Community Organizing Coordinator, San Diego’s field director for the No on 8/Equality for All campaign, and worked for Planned Parenthood of the Pacific Southwest. She completed her JD at the University of California-Los Angeles (UCLA) School of Law, where she was the editor-in-chief of the Chicana/o Latina/o Law Review and earned degree specializations from the Epstein Public Interest Law and Policy and Critical Race Studies programs. She earned her BA at the University of California-San Diego (UCSD).

She is a Commissioner for both the Healthy California for All Commission and the Leon L. Williams San Diego County Human Relations Commission. She is married to Lisa Valenzuela.

Pronouns: She, Her, They, Them

Kim Fountain has twenty-seven years of experience working in the LGBTQ+ movement, and before joining The Center as Deputy CEO, they served as the Chief Administrative Officer for Center on Halsted, the Midwest’s most comprehensive LGBTQ community center.

Beth Davenport is the Chief Operating Officer at The San Diego LGBT Community Center and is responsible for the company’s operations and oversees the grants department. She has over 20 years of experience in program development and oversight.

Prior to joining The Center in 2011, Beth was the executive director of adoptions and senior director of quality assurance for Walden Family Services. She created Walden’s LGBTQ Foster Care Network, providing safe and loving homes for foster youth who identify as LGBTQ and providing ongoing cultural competency trainings for Southern California foster parents and child welfare providers around the country.

Beth is a licensed Clinical Social Worker and holds a Masters in Social Work degree from Tulane University, and a Master in Business Administration degree from San Diego State University. She is a doctoral candidate in social work, graduating in December 2022.

Beth is currently the co-chair of the San Diego Youth Homelessness Consortium and is a board member of the California Coalition for Youth. She also serves on the San Diego County HIV Planning Group. In 2009, Beth was named by the San Diego Metropolitan Magazine to its annual list of “Top 40 under 40,” recognizing her professional accomplishments.

Rebekah combines her public policy expertise, strong relationship-building skills, and her extensive management leadership to be a catalyst for change in our region and to build power within and on behalf of the LGBTQ community. As a member of The Center’s Senior Leadership Team, Rebekah is a champion of the vision and mission of The Center, ensuring that every person we serve knows that they are welcomed, valued, and supported, and she is a fierce advocate for policies that reduce barriers to fair treatment, access, opportunity, and advancement for all our community members.

Rebekah has been with The Center since 2014 and additionally leads the strategic vision and implementation of The Center’s communications and marketing department and civic engagement programs, including Engage San Diego, a collaborative network of social justice focused non-profit groups working to increase civic and voter engagement in historically and systematically excluded communities of San Diego County. Rebekah is a respected leader throughout the region and is known for her political acumen and results-oriented strategic planning. In 2015, Rebekah was honored as a “Woman of the Year” by then-Speaker of the California Assembly Toni G. Atkins. In 2022, Rebekah was recognized as a “Woman of the District” for San Diego City Council District 7 by Councilmember Raul Campillo.

Rebekah is a member of San Diego County Community College District’s Trustee Advisory Council (TAC) , is a past board member of the Coalition for Reproductive Justice, and an alumna of New Leaders Council Institute and San Diego Leadership Alliance. Rebekah holds both a Bachelor’s and Master’s degree in Political Science from Western Washington University, where she met her wife Shawna (she/hers). Shawna and Rebekah have been married since 2015 and they are proud parents to their two young children.

Angela Reyes is the Chief Financial Officer and joined The San Diego LGBT Community Center in 2020. She is responsible for the organization’s finance, accounting, and internal audit functions.

Before joining The Center, Angela worked in public accounting for ten years managing audit engagements within the private, public, and nonprofit sectors. She also worked for several years in the nonprofit sector as the Foundation Manager for a major institutional client of the Tides Foundation, a nationally known, public foundation.

Angela and her son were participants in The Center’s Families program when Angela was a new parent, and she continues to be an active member of the LGBTQ community. She is a member of the Audit Committee for the San Diego Center for Children, and Treasurer of Live and Let Live Retreat.

Senior Director of Communications and Marketing

Pronouns: she, her, hers 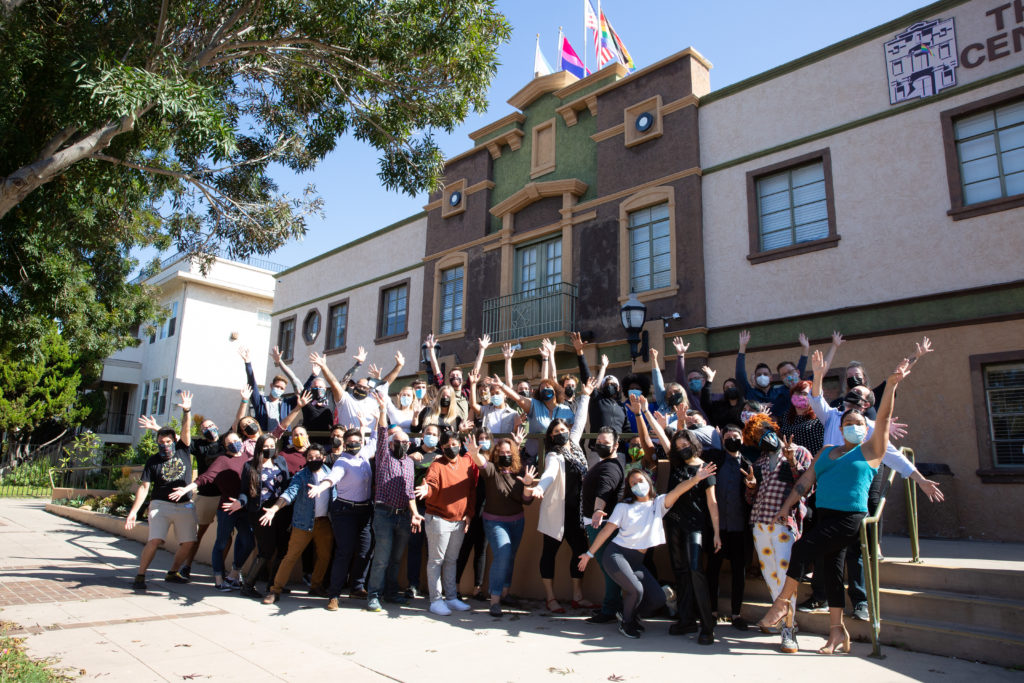 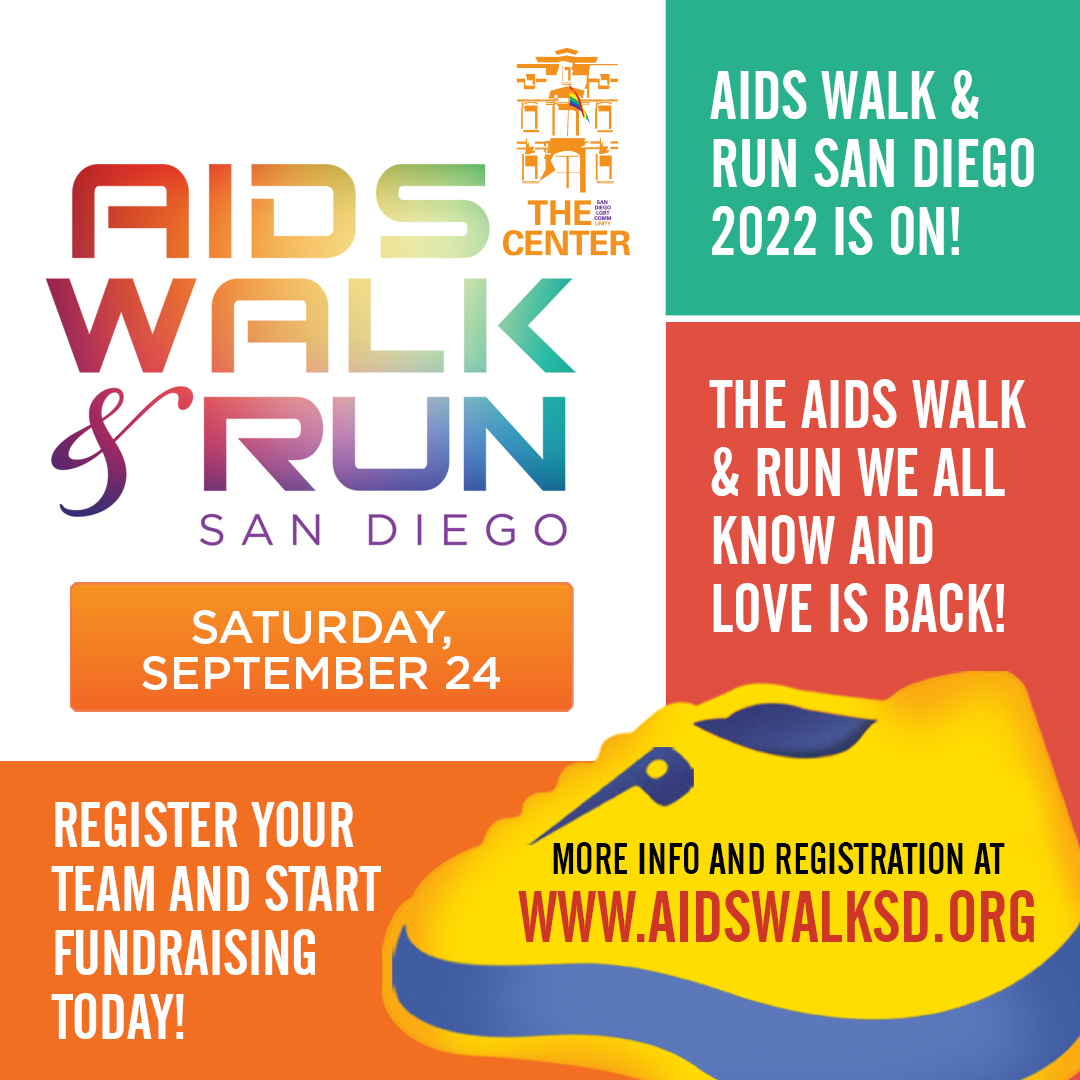